Power generation systems in the 50 to 300 kW power class are now widely demanded for use in commercial and industrial buildings for production of electricity and hot water, for back-up power and for energy supply to the industry.

Metacon’s subsidiary Helbio participates in the EU project AutoRE (Automotive Derivative Energy Systems). The project is part of the EU’s Horizon 2020 framework program, aiming to create the basis for a commercialization of fuel cell systems developed by the automotive industry for applications other than vehicles. The aim of the AutoRE project is to develop and demonstrate a CHP system within the power class of 50 to 100 kWe for use in commercial and industrial buildings. In competition, Helbio has been chosen to deliver the reforming system. A team of companies led by GE, UK (formerly Alstom, UK) was formed to carry out the project. The project contains a number of work packages, and one package is the fuel cell from Daimler (Mercedes) and a second package that is Helbio’s responsibility is the hydrogen reformer system with natural gas as a raw material. The reformer and fuel cell have been tested and approved separately, and the complete integrated system will be demonstrated in the summer of 2018 at GE’s facility in Rugby, UK. One of the objectives the EU has set for the project is to demonstrate that electricity can be produced by reformer and fuel cell at a cost that is competitive.

The picture below shows Helbio’s reformer under final testing in Greece. 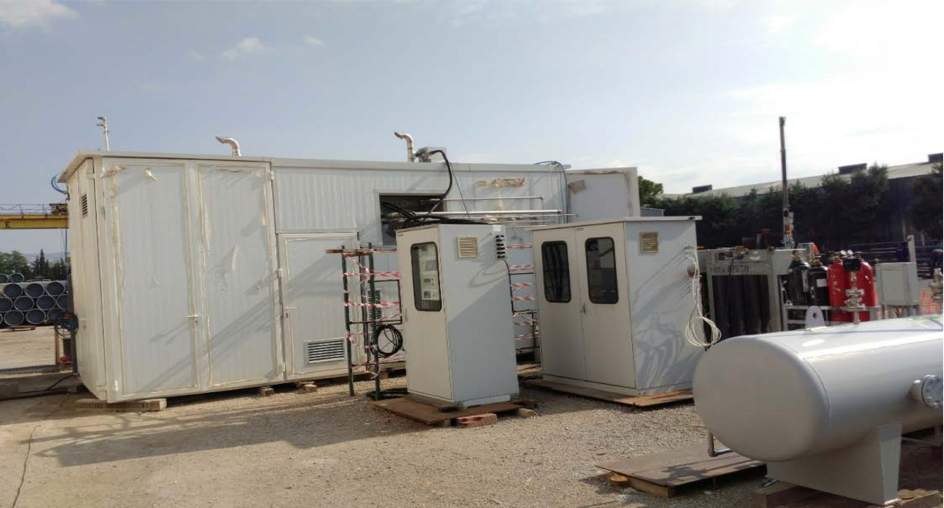